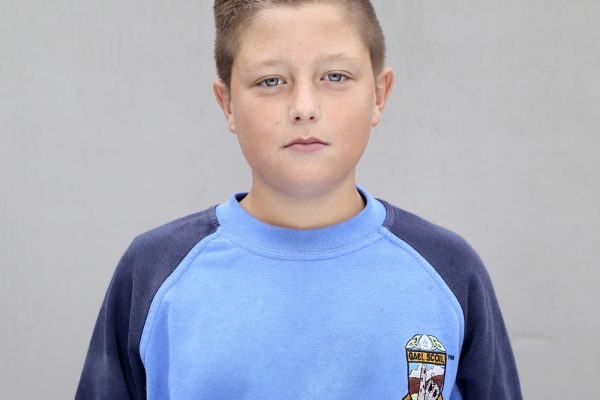 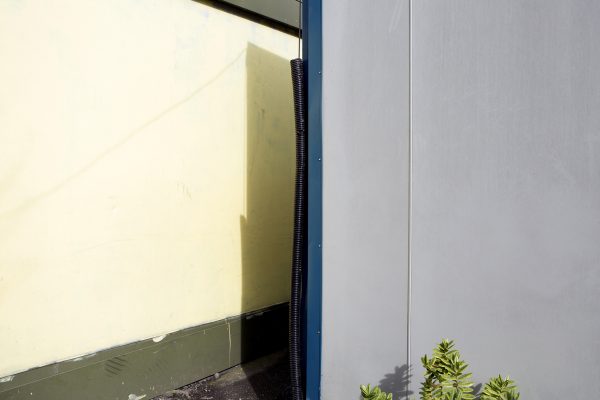 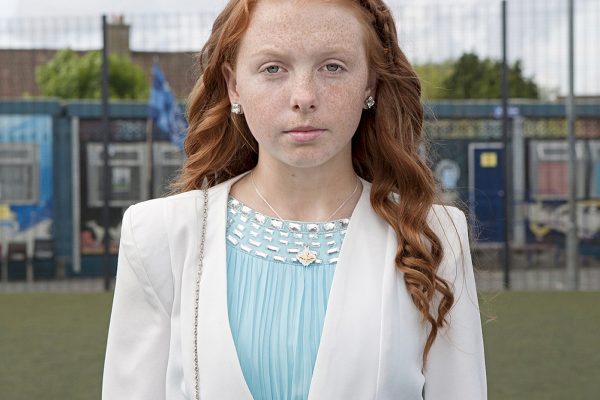 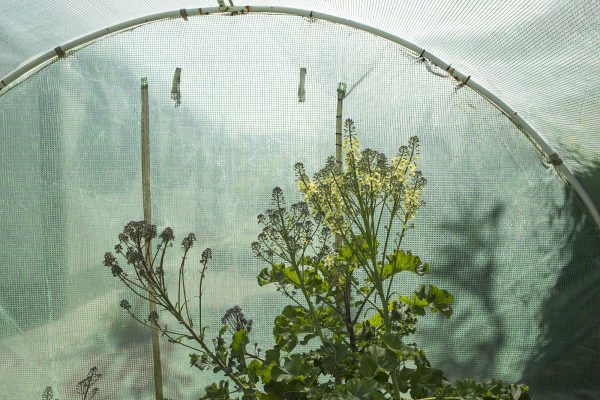 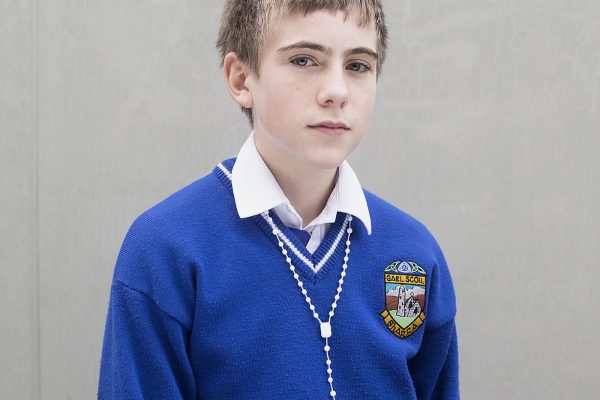 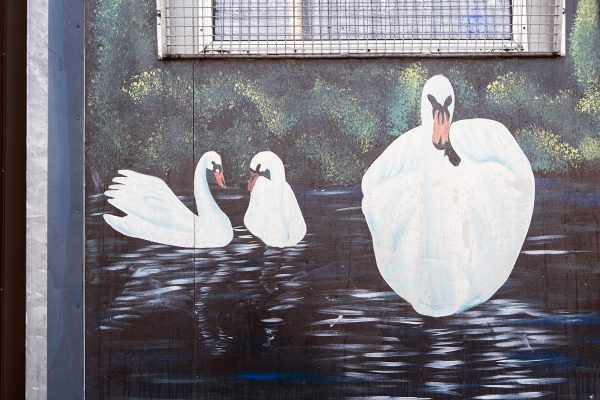 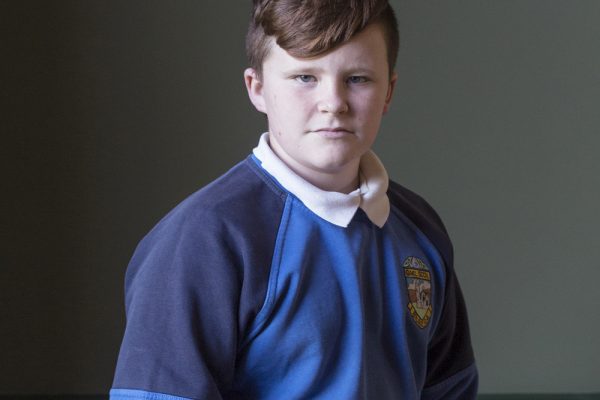 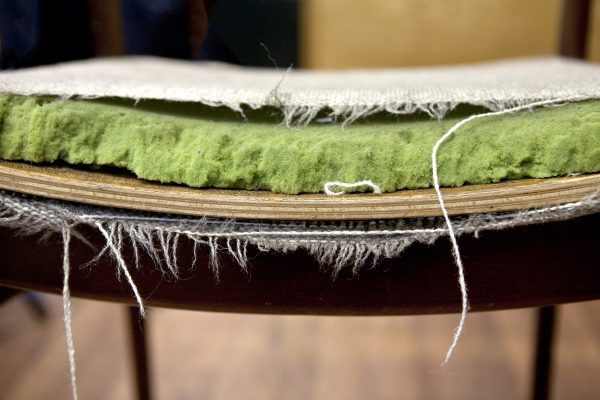 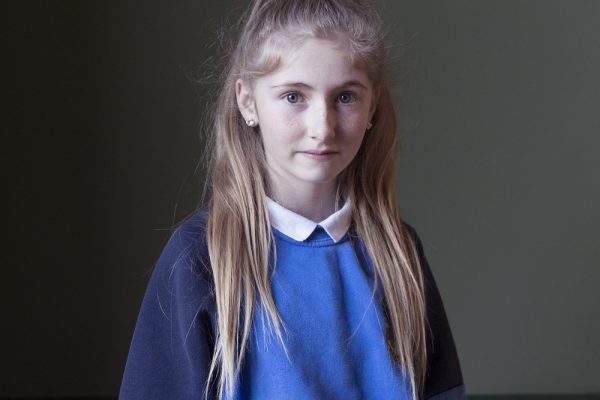 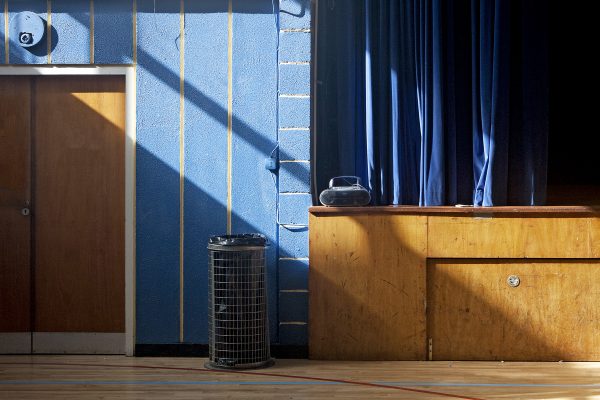 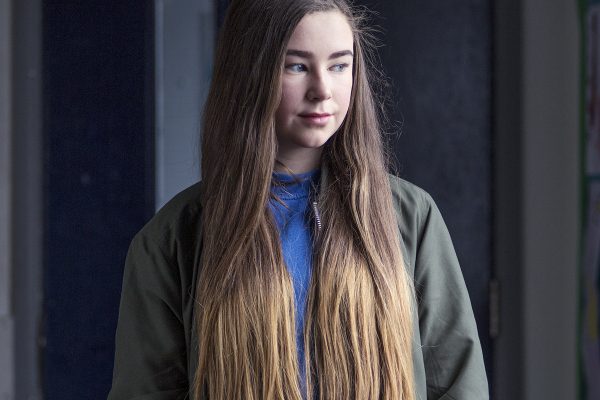 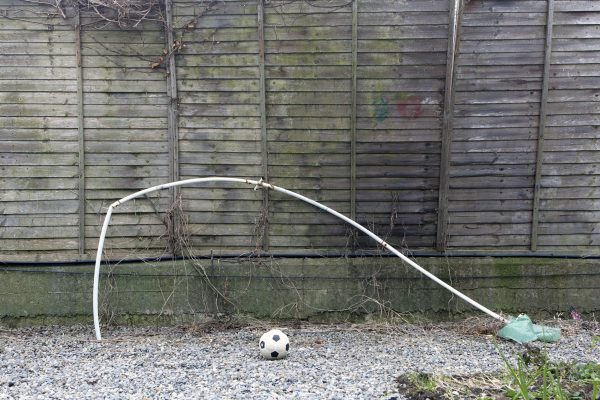 Promise is the story of a school, of lessons on bar stools, pupils and politicians, a rat named Elvis, classes on the green, stifling heat in summer and damp in winter, singing, dancing, protests, rituals and a labyrinth of bureaucracy.

Gaelscoil Bharra Primary School was established in 1994 and is housed in a series of prefabricated units. As far back as 2000 an inspector from the Department of Education recommended that planning permission for a permanent school should be initiated due to the “deplorable state of the temporary accommodation”. In 2012 the Irish government announced that it was allocating 35 million that year to replace prefabs with permanent classrooms at over 200 schools. Gaelscoil Bharra was included in this development plan.

When O’Neill started this work it was with the premise of documenting the last year of the prefabs, as building was due to begin in 2013. In March 2016 the first builders finally arrived. This work is the result of the four years she has spent documenting the everyday and not so everyday happenings at the school.

It speaks to the great potential of these young people while posing questions about the frameworks in place to help realise it. In a broader sense it queries the ongoing rhetoric of ‘recovery’ in Ireland, and why it has taken so long to begin to resolve such basic issues

Mandy O’Neill is a Dublin based photographer. She has an MA in Public Culture Studies from IADT and a BA in Photography from the DIT School of Media. She has been a guest lecturer at the National College of Art and Design and Griffith College Dublin.

Her practice examines different facets of contemporary Ireland, through engagement with particular groups and communities. She utilizes the camera as a tool of social engagement, with the process of communication and understanding being central to her work. The photographic portrait features strongly within this, and her research involves an ongoing investigation into dynamics of the photographer/subject relationship.

She has received support from the Arts Council of Ireland and Culture Ireland and her work was featured in the publication New Irish Works 2013. Her project Promise has been shortlisted twice, in 2014 and 2015 for the Hennessy Portrait Prize. She was also selected for the Julia Margaret Cameron Awards in 2012 and 2014.

Mandy has exhibited extensively nationally and internationally, and her work is held in both public and private collections. Most recently she has exhibited at the National Gallery of Ireland, RHA Dublin and VISUAL Center for Contemporary Art, Carlow.
mandyoneill.ie 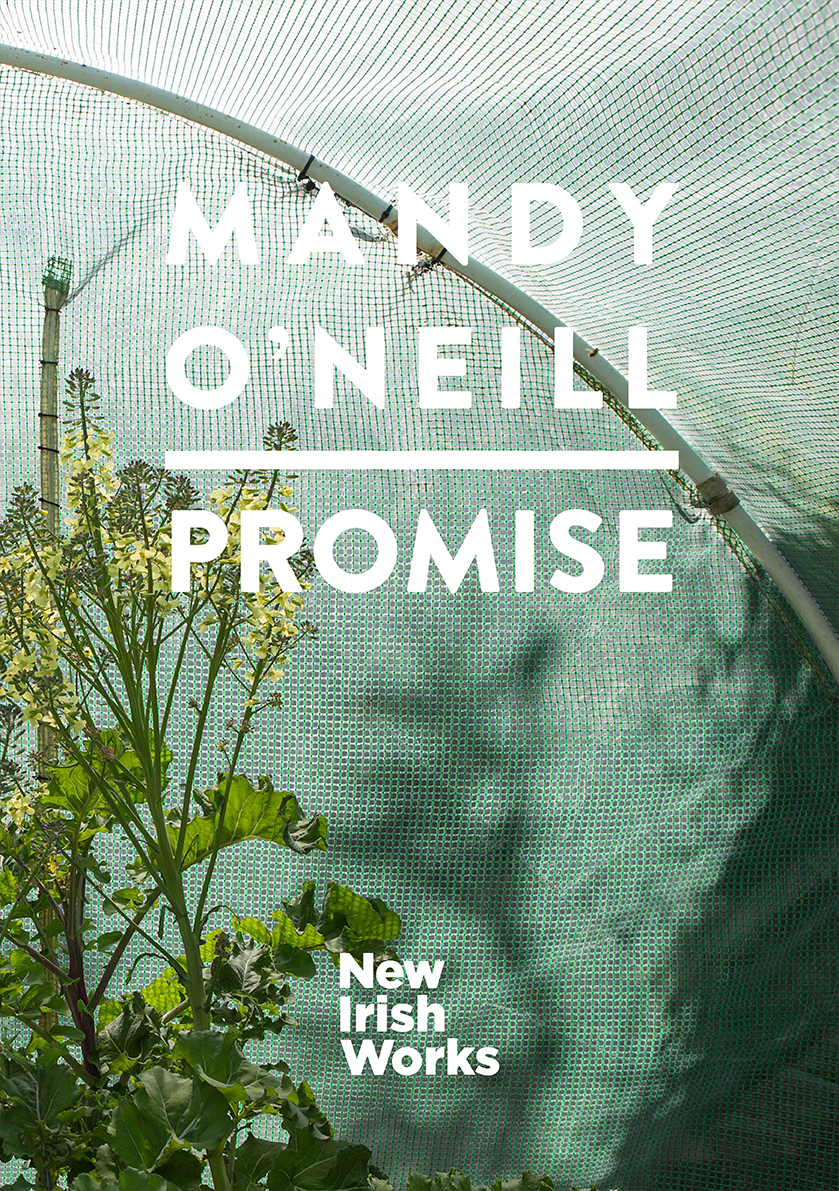