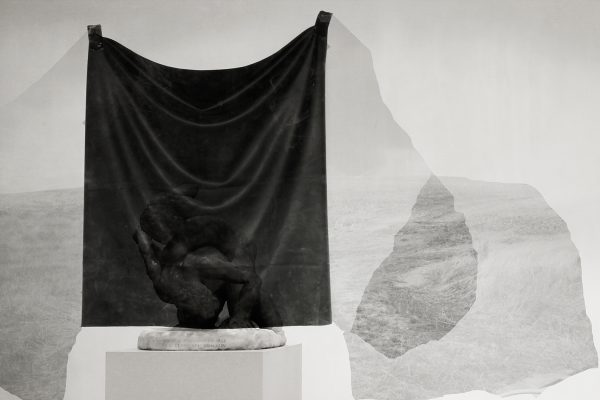 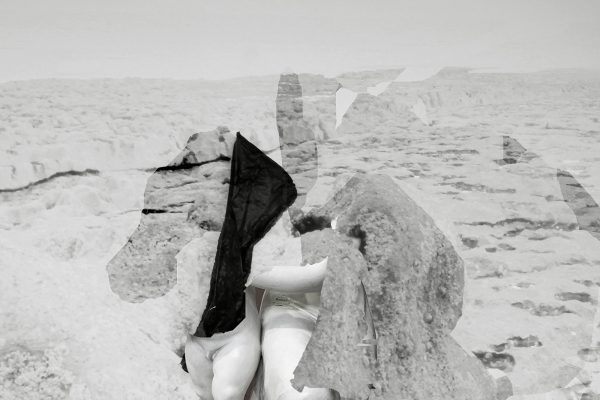 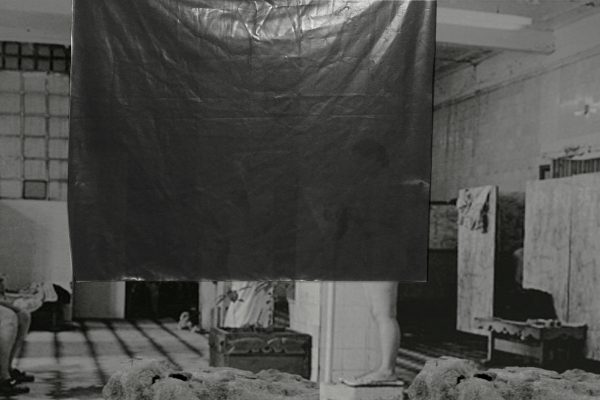 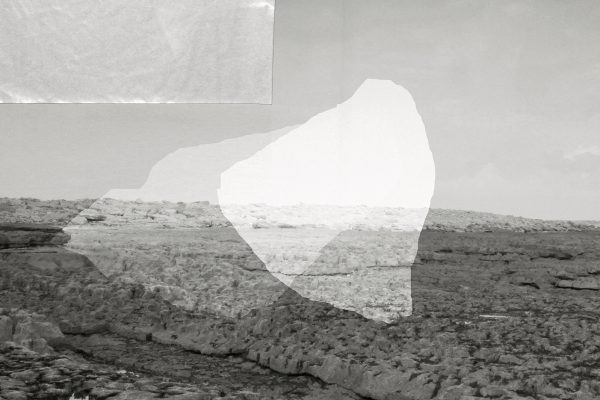 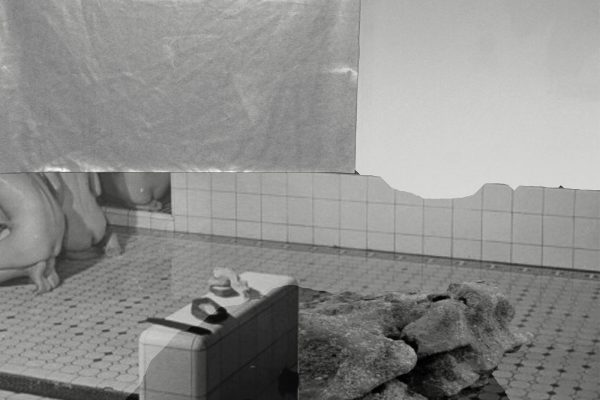 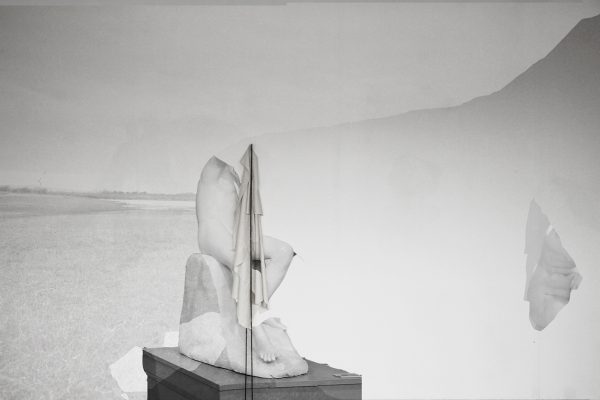 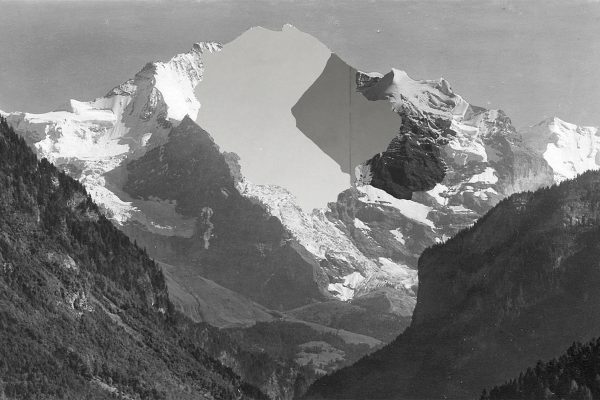 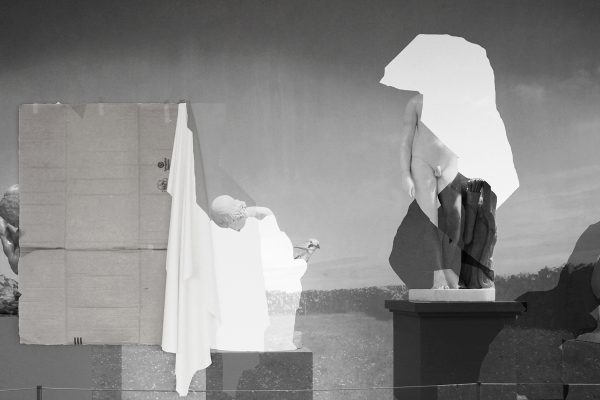 This photographic series combines imagery from four disparate sources: neoclassical sculpture, west of Ireland landscapes, found images and the studio setting. The processes are quick and playful, using simple collage techniques to surprise the imagery into a new and permeable series of connections. There is an attempt to collapse the binaries and conventions suggested by the source imagery, to reveal the representational and cultural constructs at play. But there are also recurring motifs across the series, which suggest the imposition of an alternative, if obscure, continuity or meaning. The work takes its title from the Nabokov short story The Passenger.

In the story a seemingly dramatic plot is built and is then exposed as a series of disconnected details, conflated briefly in the imagination. In these prints the device of both presenting and taking apart the props of narrative is used to test how we read an image, leaving the viewer to, in Nabokov’s phrase, ‘notice and fondle details’. The series to date comprises ten images, printed as digital pigment prints onto photo baryta paper at various sizes.

Ailbhe Ní Bhriain received her MA from the Royal College of Art and was awarded her PhD by Practice from Kingston University, UK in 2008.

The work has increasingly involved collaboration with musicians and composers, including Kaija Saariaho, Linda and Irene Buckley and Pádraig Murphy, with screenings and installations incorporating recorded sound, live performance and improvisation.

Ailbhe is represented by Domobaal Gallery, London and lectures at the Crawford College of Art & Design, Cork. Ireland.
ailbhenibhriain.com