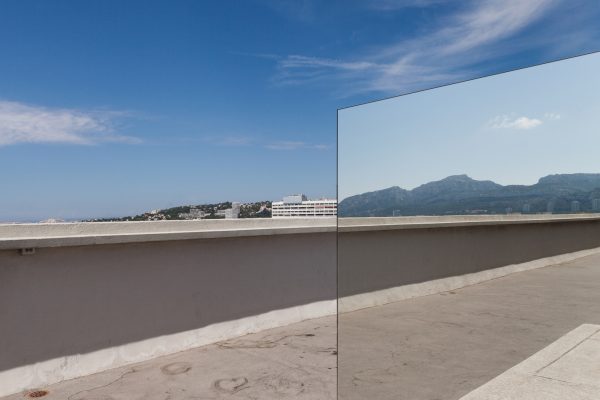 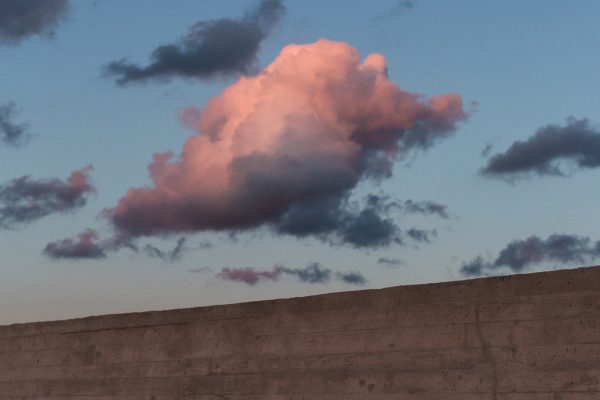 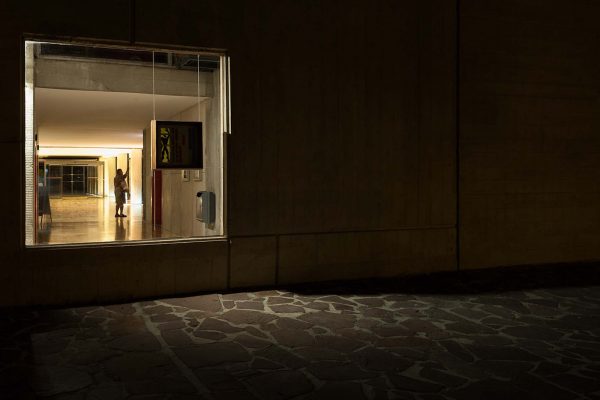 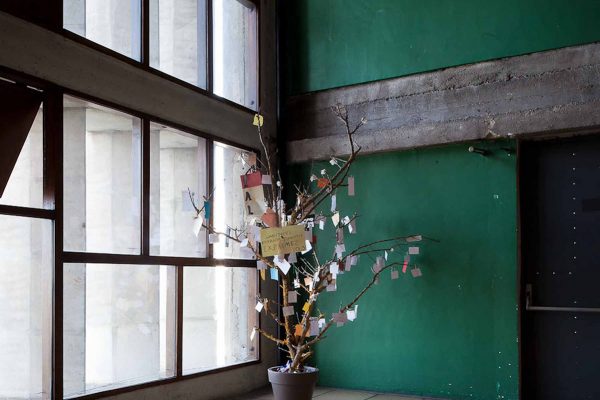 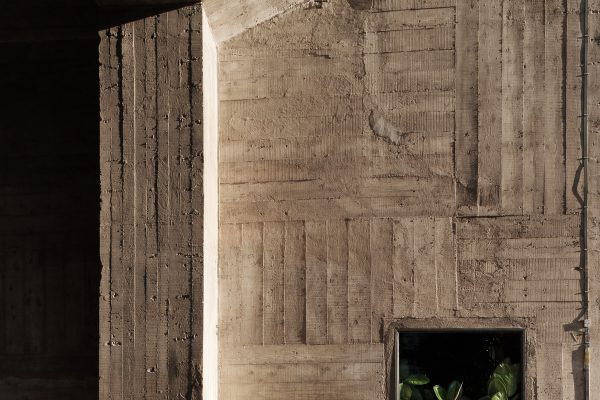 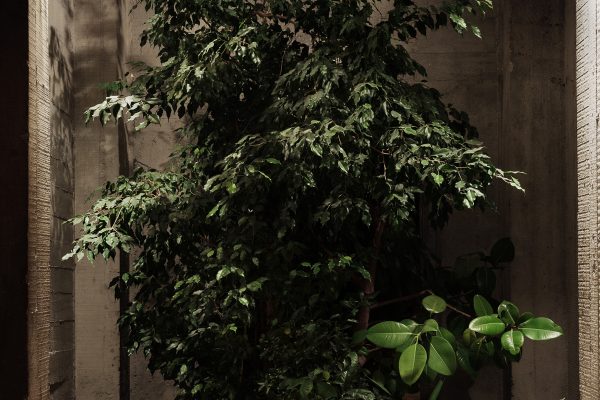 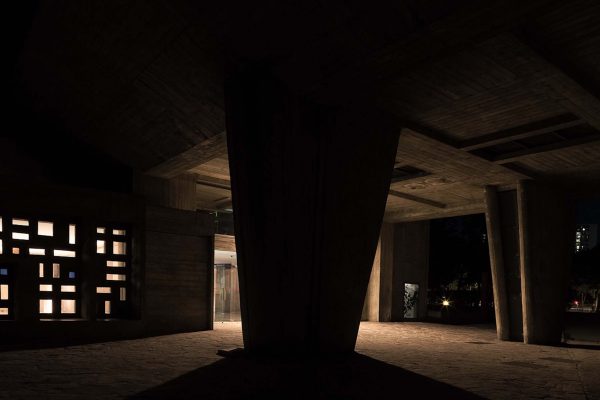 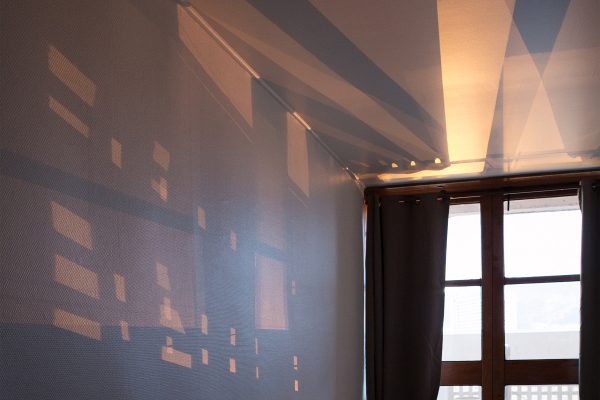 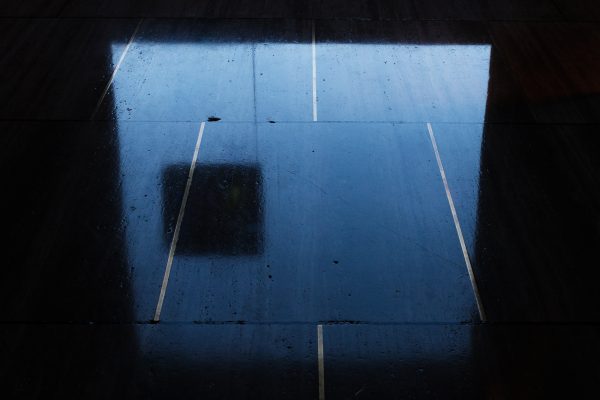 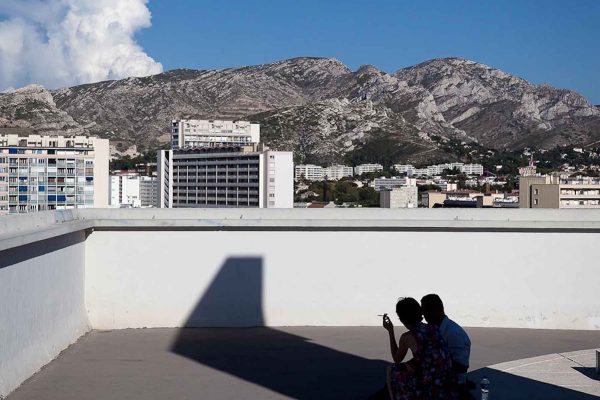 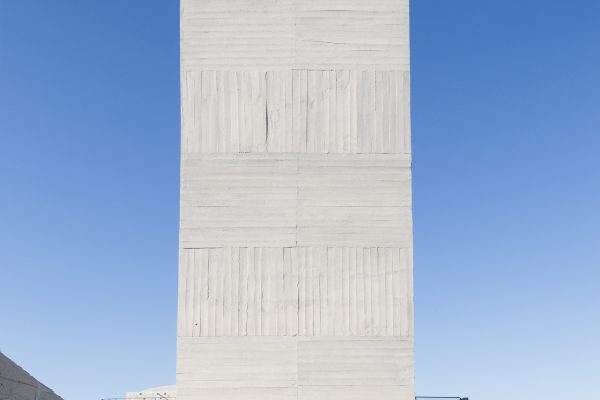 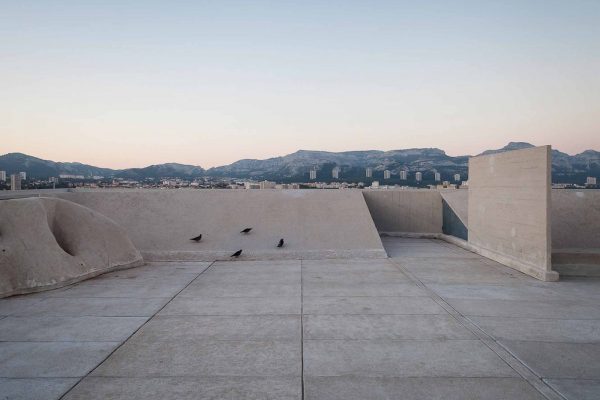 The paradox of utopia, as good-place but also no-place was the starting point for McCoy’s project The Radiant City. The utopia is an ideal creation of the mind yet it can’t be separated from the real place that inspires it. Our projections of utopia enhance our experience of place, allowing us to give meaning to the world by believing it differently.

The Radiant City explores the idea of utopia through one of the icons of modernism -Le Corbusiers Unite d’Habition in Marseille. Designed in 1952, the building was conceived as prototype postwar housing for the city of the future. The photographs in the series were made at the Unité over 60 years later, in the autumn of 2014 and address the role of both architecture and photography in constructing the ideal.

The series explores the physical construct of the photobook as a way to investigate our experience of place as simultaneously real and ideal, space and image. Rather than documenting the haptic experience of the building, McCoy is interested in exploring the metaphysical experience of place through our projections of utopia.

The book’s design draws parallels with Le Corbusier’s technique of architectural promenade- the sequencing of images is key in building up a kind of narrative which both elaborates and denies key themes; architecture as refuge and prospect, the artificial and the natural world, and the techniques of religious iconography and symbolism. The photographic language which emerges sets up conflicts and patterns but ultimately allows the reader to build their own perception of the whole based on significant fragments. The use of mirrored images in the book and subsequent exhibitions was influenced by Foucault’s writings on heterotopia, in particular the ability of the mirror to expand perception “I see myself from where I am not… I discover my absence from the place where I am”. This is also a reference to Le Corbusiers use of mirror at the cabanon to expand awareness of both interior and exterior space, but more crucially it’s intended to draw attention to the flatness of the image, undermining its veracity through duplication. The opacity of the photograph as a two dimensional object is made clear- as is its dependency on the imagination of the reader to assign it a meaning greater than itself.

This project was made with the co-operation of the Fondation Le Corbusier, all images ©Aisling McCoy and ©FLC 2015

Aisling McCoy is a Dublin based photographer recently graduated with distinction from the MFA Photography programme at the Belfast School of Art, Ulster University. Having practiced architecture since graduating from University College Dublin in 2007, she has been working primarily with photography since 2012.

The conflict between the discipline of architecture as an intellectual ideal, created through images, and its translation into built form has always interested her and this question of the real & ideal forms the basis of her practice.
aislingmccoy.com