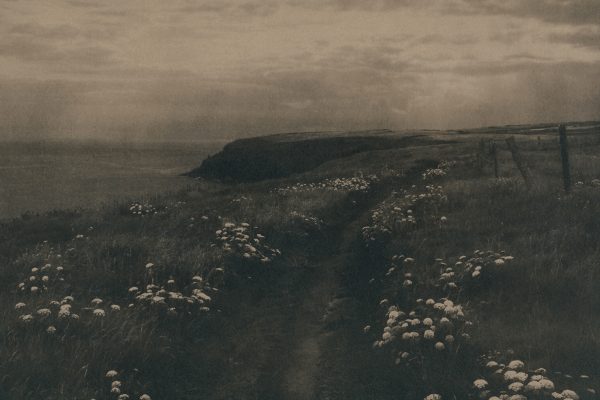 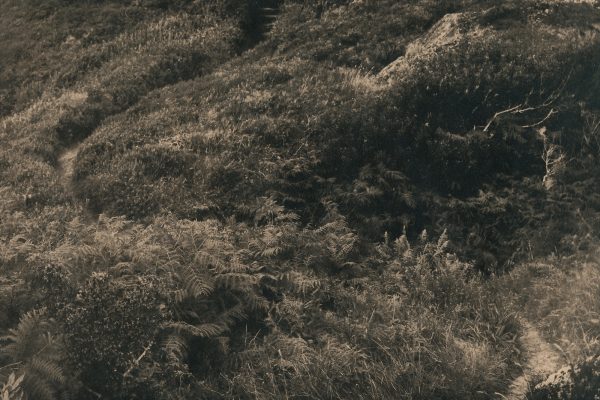 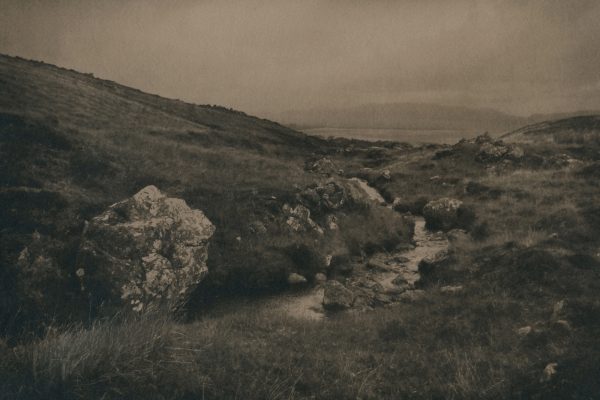 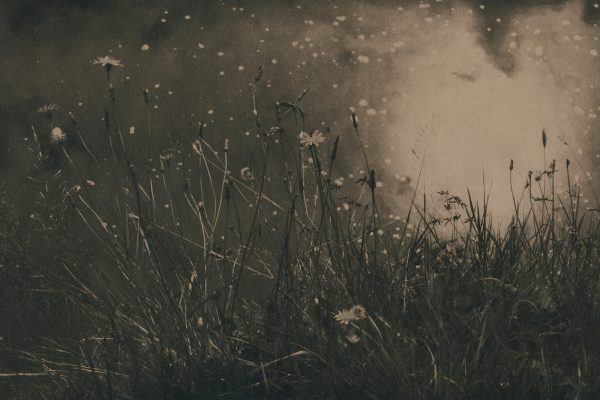 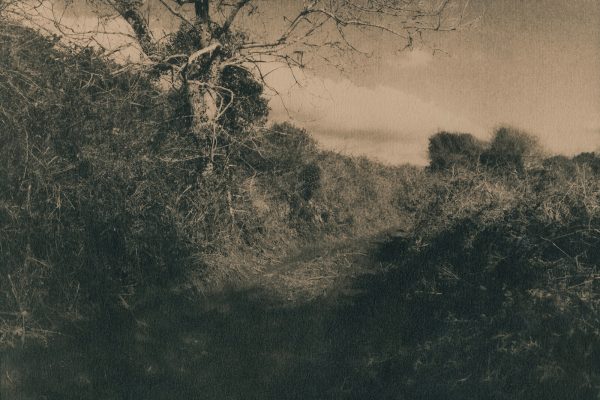 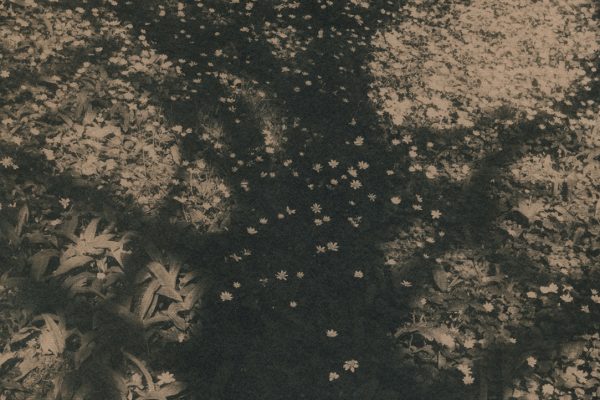 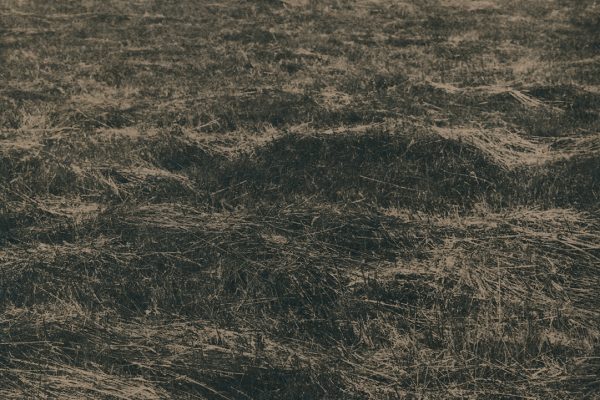 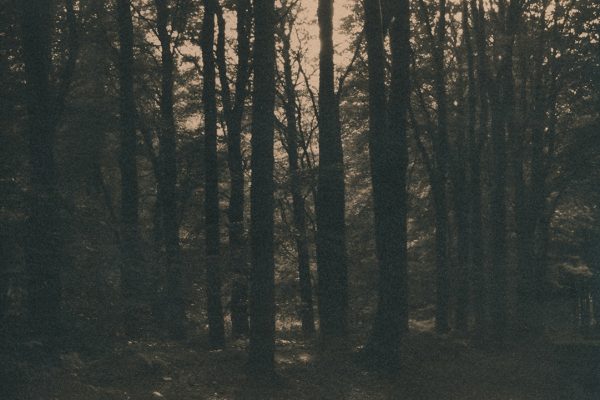 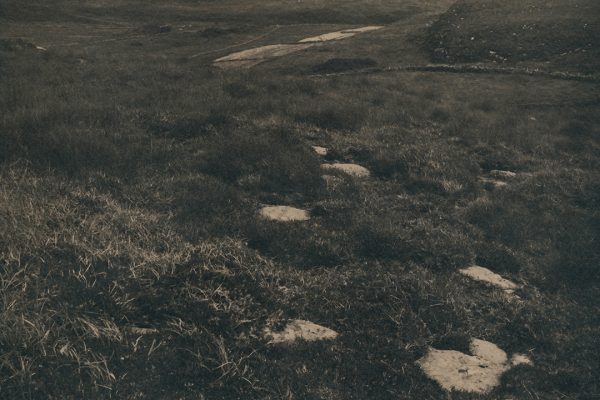 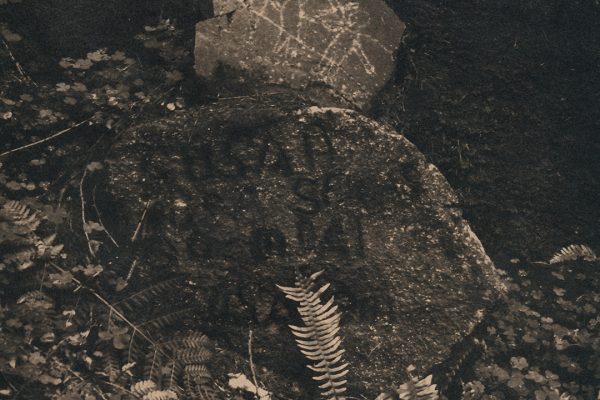 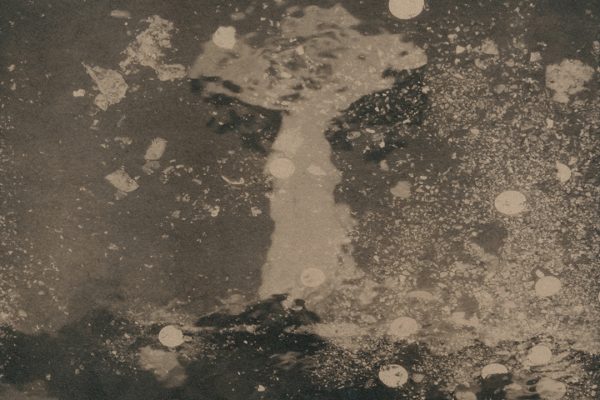 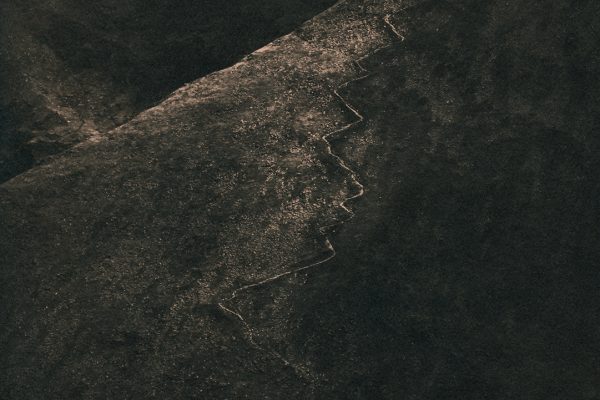 Mass Paths is a series of handcrafted photographs, landscapes of the Irish countryside embedded with absence. They portray the traces of paths walked by Catholics to reach illegal mass during penal times. The Penal Laws were imposed on Catholics in Ireland in 1695 and religion was prohibited. The Church was kept alive by operating under great secrecy. Dunnett’s aim is to visually unearth the history behind these paths and the people who walked them. The locations of these sites were passed on by word of mouth. This local knowledge was handed down through generations.

The oral tradition in Ireland disappeared gradually around the 1960s alongside land exchange and redevelopment. Dunnett has spent years researching mass paths and other penal sites, piecing the information together, scouring through word searches on the Internet, finding little snippets posted by schools, regional newspapers and walking clubs. These fragments led to maps, hunting for locations, hidden in the landscapes. She has followed in the footsteps of the thousands of people who walked to penal sites across Ireland. Then recorded these reenactments in an attempt to capture their stories of resilience, courage and commitment so that they are not lost. Dunnett has been experimenting with converting the digital photographs of her walks into contact negatives, creating and then toning cyanotypes, opening up a dialogue between photography, painting and etching. She is engaged by how this multi-layered process echoes that of a landscape which has been coated over the years by the complexities and tensions of politics, society, religion and people.

Caitriona Dunnett is an Irish photographer based in Warwick. She has been exploring memory and narrative through nineteenth century photographic techniques crossed with digital technology to produce handcrafted images. She graduated from Nottingham Trent University with BA (Hons) in photography and has a MFA from Rhode Island School of Design, USA (2002).

Dunnett was awarded an AA2A artist place at Bedfordshire University. She took part in a project run by Redeye and Impressions Gallery, resulting in an exhibition at the Impressions Gallery (Bradford) and brought this exhibition to the Vyner Street Gallery, London for Photomonth. Her work has also been exhibited in the Ludlow Open 2013, Pushing Print 2013 (Margate), Creekside Open selected by Dexter Dalwood (London), the 5 Years Gallery (London), the Irish Cultural Centre (London) and South Hill Park (Bracknell).

Dunnett is part of a collective of artists working under the title Chasing Shadows. They have lately exhibited in the Dimbola Museum and Galleries (Isle of Wight) 2015, Gallery X (Dublin) 2015, as part of PhotoIreland and at the Brewery Arts Centre (Kendal) 2016.