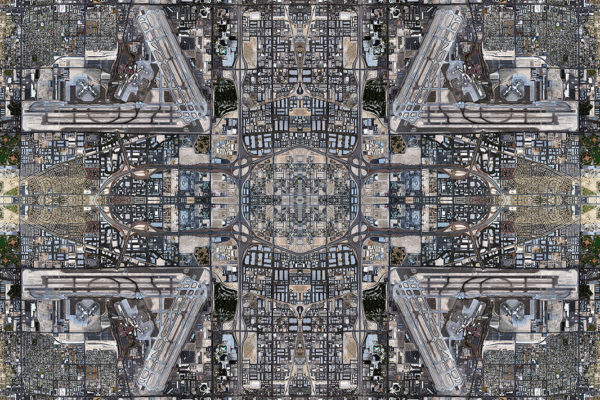 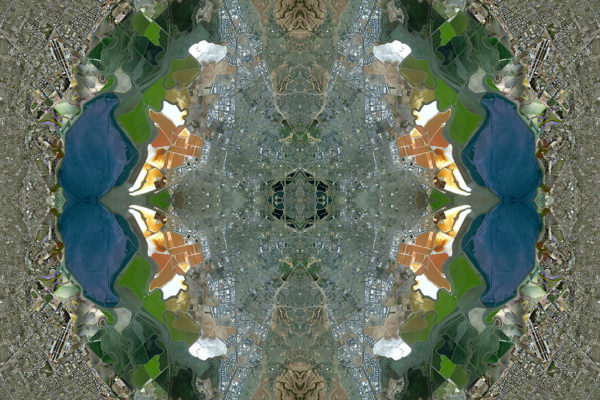 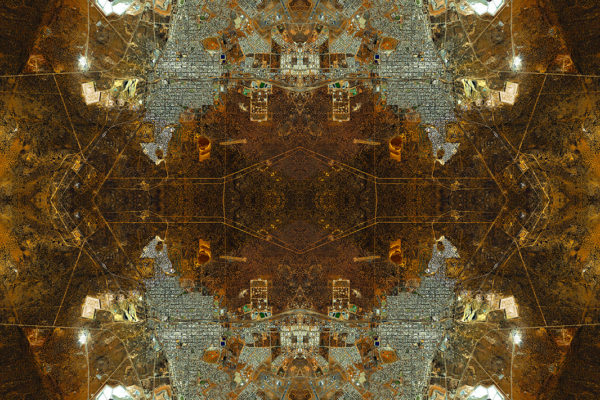 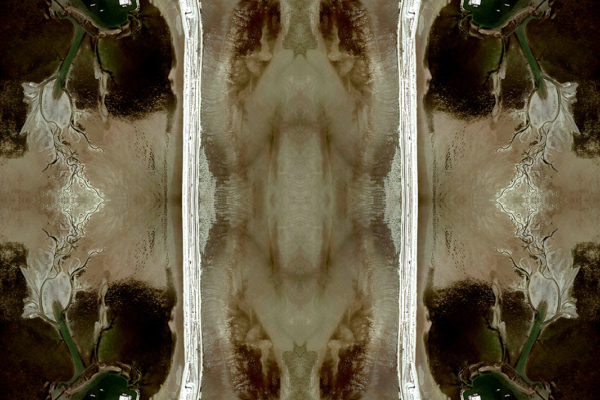 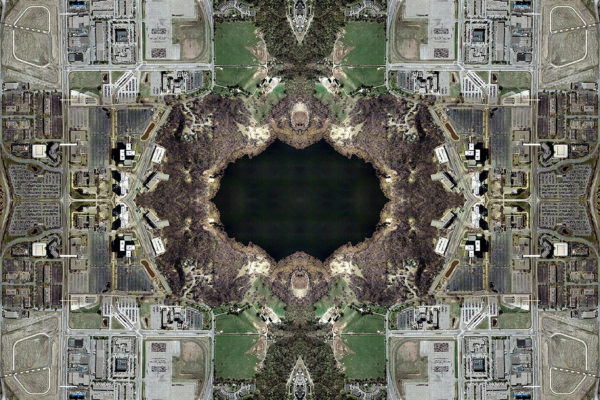 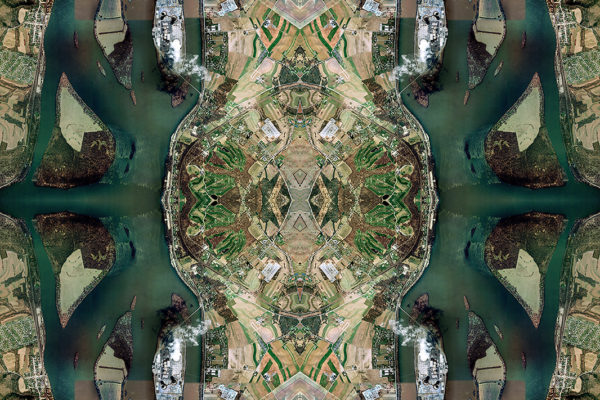 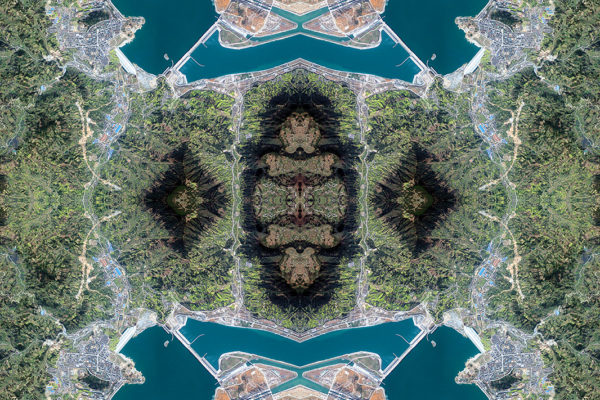 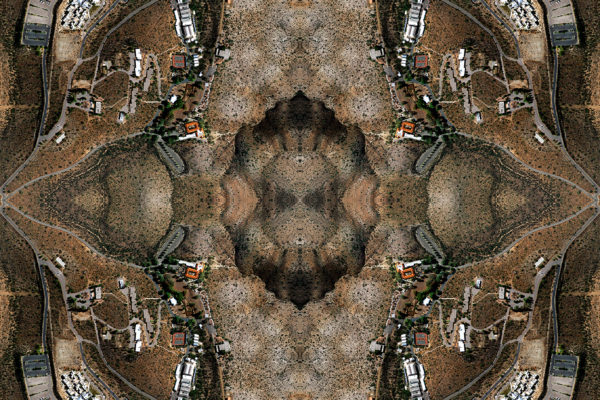 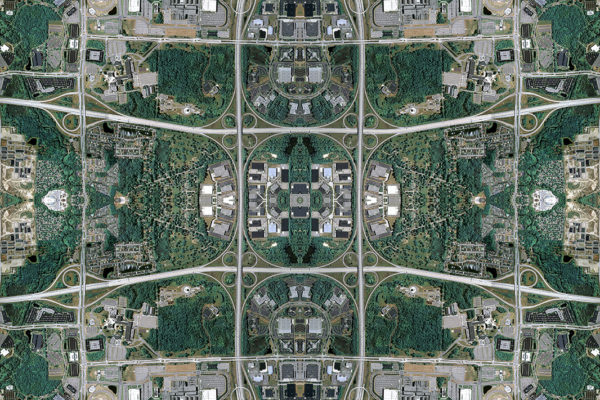 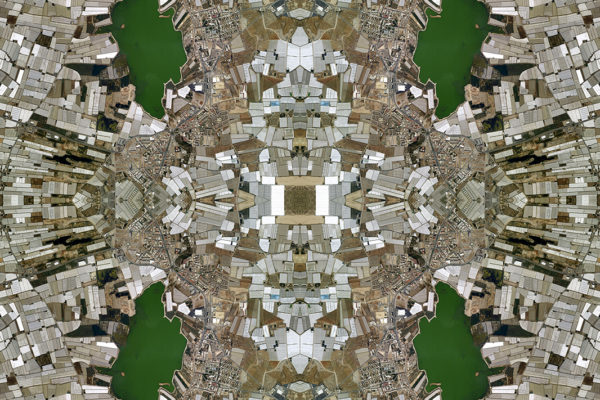 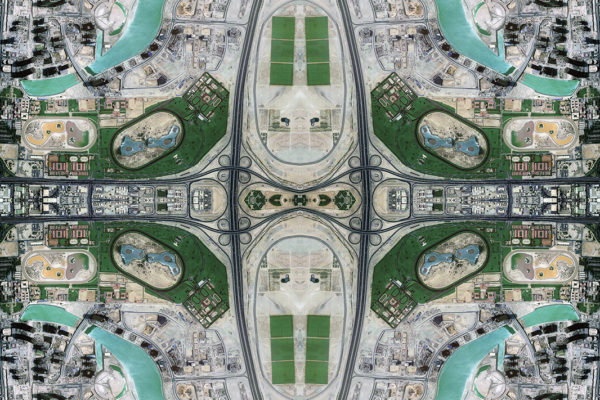 Anthropocene examines global landscapes that have been transformed by the actions and activities humanity. Smith has created these images using a unique and innovative technique. Each image is composited from thousands and thousands of thumbnails extracted as screen grabs from Google Maps, which are then reconstructed piece by piece using PhotoShop to produce such incredibly detailed images. Anthropocene itself reflects upon the complex structures that make up the centres of global capitalism, transforming the aerial landscapes of sites associated with industries such as oil, precious metals, consumer culture information and excess. Thousands of seemingly insignificant coded pieces of information are sown together like knots in a rug to reveal a grander spectacle.

Questions of photographic and economic realities are further complicated through the formal use of patterns that have their origins in the ancient civilisations of Persia. This work draws upon the patterns and motifs used by Persian rug makers, especially the way Afghani weavers use the rug to record their experiences more literally with vivid images of the war torn land that surrounds them.

David Thomas Smith is a Dublin based, Irish artist who is a graduate of the University of Wales, Newport, where he obtained a BA in Documentary Photography. Smith’s works have been exhibited nationally and internationally, they have also appeared in a number of publications from Esquire Magazine to more analytical journals such as Lens Culture and Conscientious. David Thomas Smith is currently represented by The Copper House Gallery, Dublin.